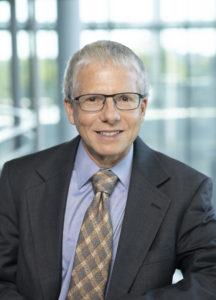 All or Nothing? Partial Business Shutdowns and COVID-19 Fatality Growth with Heather Tookes. (Published in PLOS One.) This paper expands on our earlier work and looks at whether partial shutdowns of restaurants, bars, gyms and spas were as or more effective a full shutdowns. As with our earlier paper you can also see our data and help us to improve its accuracy at https://som.yale.edu/covid-restrictions.

Business Restrictions and COVID Fatalities with Heather Tookes. (Published in the Review of Financial Studies.) This paper uses a a hand collected database to see whether particular restrictions imposed to reduce COVID-19 fatalities actually did so. You can also see our data and help us to improve its accuracy at https://som.yale.edu/covid-restrictions.

Solving the model in my 2013 paper co-authored with Heather Tookes, “Dynamic Competition, Valuation, and Merger Activity,” in the Journal of Finance takes quite a few steps. This step-by-step guide will lead you through the process.

Matthew Spiegel is currently a Professor of Finance at the Yale School of Management. In 1987 he received his Ph.D. in economics from Princeton University. He then taught at Columbia University’s Graduate School of Business and subsequently joined the faculty at U.C. Berkeley’s Haas School of Business. Professor Spiegel has authored a number of influential papers within finance several winning awards. These include the Michael Brennan and Steve Ross best paper awards and the ANBAR Management Intelligence Citation of Excellence. In 2015 his overall body of work was recognized with Eastern Finance Association’s Distinguished Scholar Award. His most recent contributions lie in the development and application of dynamic oligopoly models to corporate finance as well as how mutual fund returns influence asset flows. He is the former Executive Editor of the Review of Financial Studies (2005 to 2011), and he helped found and then co-edit the Journal of Financial Markets (1998 to 2005). He has also been an associate editor for the Review of Financial Studies, and a past director of the Western Finance Association. He has been honored to give keynote address at the European Financial Management association’s annual meeting in Dublin, the New York Triple Crown Finance conference, the Australasian Finance and Banking Conference, the European Winter Finance Summit, the Erasums University Professional Asset Management Conference and the Eastern Finance Association’s Annual Meeting. He is the former President of the Society for Financial Studies and Advisory Chair for the Society’s annual Finance Cavalcade. He is currently the Asia-Pacific Cavalcade’s Inaugural Year Advisory Chair.