The rural north-western districts of Bangladesh experience a pre-harvest seasonal famine, locally known as Monga, with disturbing regularity. Seven percent of the population in Bangladesh (about 9.6 million people) inhabits these districts and about 5.3 million of those live below the poverty line. The suffering during Monga thus is not limited to a small pocket of households. The famine is emblematic of lean season or ‘hungry seasons’ preceding harvests that are widespread across Asia and sub-Saharan Africa.We conducted a field experiment where incentives to promote seasonal out-migration during Monga were randomly allocated across 1900 households in 100 villages in Lalmonirhat and Kurigram districts. The program included an $8 cash grant (37 villages) or loan (31 villages) to mitigate the cost of moving, information about (and endorsement of) migration (16 villages) and control areas (16 villages), where we tracked regular migration patterns without intervening.  Within each village, we imposed additional conditions to random subsets of households (e.g. migrate in a group or to a specific location).  The randomization allows us to cleanly estimate the effects of migration on household expenditures, savings, earnings, and caloric intake.We find that seasonal out-migration has large causal benefits for Monga-prone households.  In response to the $8 cash grant or loan, the migration rate increased from 34% in control villages to 57% in treatment (incentive) villages. Total expenditures, food expenditures, and caloric intake increase by 30-35%.  Monthly consumption increased by $15/household.  Caloric intake increased by 700 calories per person per day.  Most strikingly, a year after the treatment (during the next Monga season), migration rates in treatment villages continue to be significantly higher (47% to 35%), even after inducement is removed.  Those who were successful appear to learn about the benefits of migration and voluntarily re-migrate.These observed positive effects make it puzzling why households fail to take advantage of this apparently attractive investment.  We find that the data are most consistent with a rational model in which people are uncertain about their own return to migration, and do not experiment with this concept for fear of a devastating outcome.  In this migration poverty trap, even if the chance of failure is low, the potential cost of that failure may be so large (e.g. if it moves a family under the threat of famine below subsistence) that it dominates household decision-making.Our small “incentive to invest” insures against this kind of bad outcome and encourages migration among those who were otherwise less comfortable migrating.  People close to subsistence (facing a larger risk), or those without travel partners, social networks or job leads at the destination (i.e. other forms of insurance) are generally less likely to migrate but are the most responsive to our incentive.  More broadly, these results suggest that allowing people to find jobs may be a very productive use of the micro-credit concept currently more narrowly focused on creating new entrepreneurs.Research Partners: 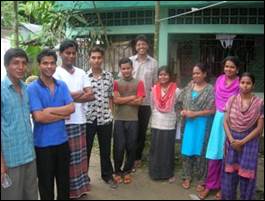 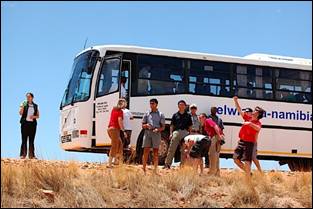