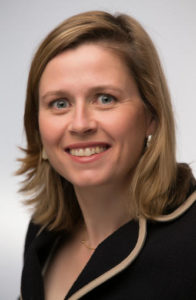 Fiona M. Scott Morton is the Theodore Nierenberg Professor of Economics at the Yale University School of Management where she has been on the faculty since 1999. Her area of academic research is empirical industrial organization, with a focus on empirical studies of competition. Her published articles range widely across industries from magazines, to shipping, to pharmaceuticals, to internet retailing, and is published in leading economics and legal journals. The focus of her current research is competition in healthcare markets and the economics of antitrust. From 2011-12 Professor Scott Morton served as the Deputy Assistant Attorney General for Economics Analysis (Chief Economist) at the Antitrust Division of the U.S. Department of Justice, where she helped enforce the nation’s antitrust laws. At Yale SOM she teaches courses in the area of competitive strategy and antitrust economics. She served as Associate Dean from 2007-10 and won the School’s teaching award in 2007 and 2016. Professor Scott Morton has a BA from Yale and a PhD from MIT, both in Economics. She is a frequent speaker at seminars and conferences across the United States and Europe.

Note: Professor Scott Morton occasionally writes research papers and undertakes other public work that present a potential appearance of a conflict of interest because of an overlap between the consulting topics and the particular ideas being discussed in the policy work or research paper. Her writing of this type includes a note in the appropriate place naming the companies at issue. In the spirit of full information, she wants to be sure the public is aware that she engages in some consulting work. This enables her to learn more about firm strategy and behavior, and contributes to better research and teaching. Her current and recent corporate clients include Amazon, Apple, Bard, Cigna, HTC, and Sanofi.