My dad, Gunter Schott, used to produce marzipan and chocoloate in northern New Jersey for stores big and small all over the country including Publix supermarkets in Florida, Venieros in the East Village and Mike’s Pastry in Boston. He sold both under his own label and those of the retail outlets. Below is a picture of some of his creations, all of which were made/painted by hand. Every once in a while, he would be featured in a newspaper article, like these from the New York Times and the Bergen Record. He was also a excellent bread and pastry chef. 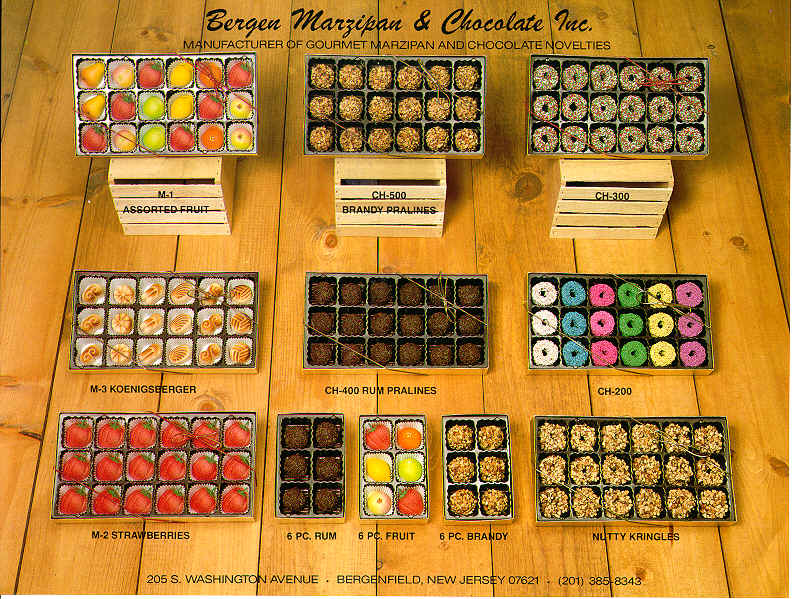